Dan Estrin is the guitar player in the American post-grunge band, Hoobastank.

Let's take a look at some of the gear and equipment that has been seen in Dan's guitar rig. 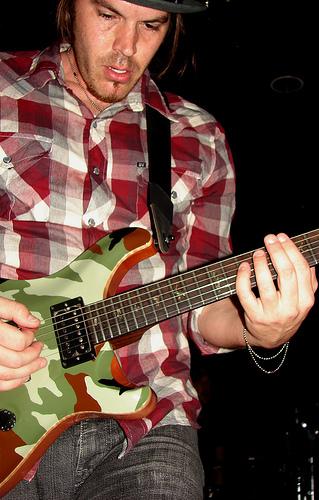 Go to the next page for awesome pictures of Dan Estrin's guitar rig.

The great image of Dan Estrin's Hoobastank pedalboard was taken by and provided courtesy of Rachel E.S.. Thanks Rachel! The picture was taken March 2009.

Click the image to enlarge it fullsize in a shadow box.