Dusty Redmon is an American guitarist primarily known for playing in Alternative rock band The Almost (with Aaron Gillespie of Underoath) and is also the former guitarist and songwriter for Beloved and Dead Poetic.

We were lucky enough to interview Dusty in both 2009 and 2012 to find out what gear and equipment he uses in his The Almost guitar rig.

Check out the 2012 Interview on UberProAudio

Check out the 2009 Interview on UberProAudio 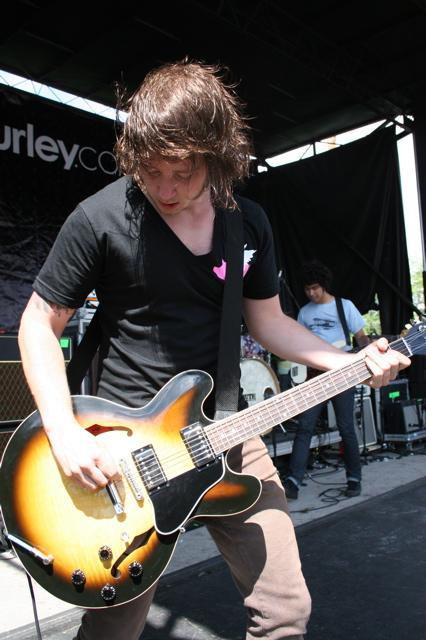 - Fender Cabronita Telecaster (his is white)

- Variety of other Fender guitars

Larger Board (used for domestic shows, home, and studio)

- Lava Cable (for the pedals)

Smaller board (used when fly to shows)

In the past, Dusty has also used the following pedals:

Dusty has also used in the past: