Derek Trucks is an American guitarist, bandleader of The Derek Trucks Band, and member of The Allman Brothers Band. Trucks has been called one of the new guitar gods.

Let's look at some of the gear and equipment that has been seen in Derek Trucks guitar rig. 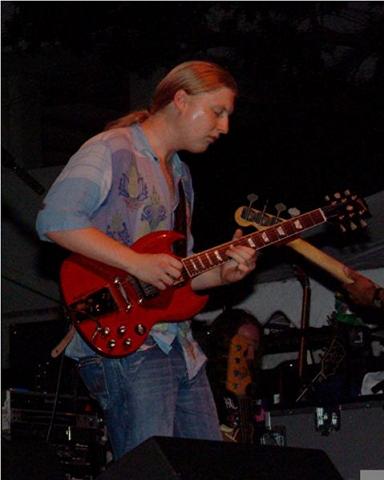 Fact:
"Trucks avoids processing and effects, preferring to get the purest tone possible by connecting his guitar directly to his amplifier. He modifies his tone with the controls on the guitar."

Other
- (In his Fender amp) Pyle Driver MH1020 speakers

Trucks doesn't need no stinkin pick:
"Trucks regularly plays without the use of a plectrum (pick). He generally plucks or strums (together or independently) with his thumb as well as his index, middle, and ring fingers."

Go to the next page for excellent pictures of Derek Truck's Guitar Rig.