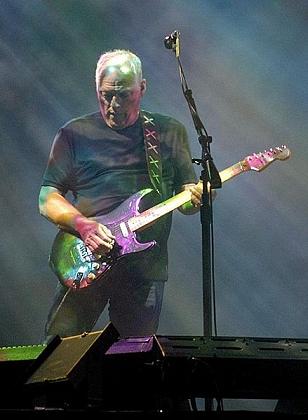 Photographer Benoit Darcy took some excellent pictures of David Gilmour's rig and licensed them under the Creative Commons Attribution 2.0 Generic license which allows us to share these awesome photos with you folks. Excellent!