DIR EN GREY has conquered the Japanese rock scene with lyrics that convey sorrow, darkness and anger in modern society. The band has received international critical acclaim for their masterful translation of the lyrics to their dramatic and at times shocking stage show, which includes self-mutilation with bloodshed. If you haven't had a chance to check out this amazing metal band yet, take a peak at some of their incredible music videos - you wont be able to forget what you see! With the release of the bands new record, "DUM SPIRO SPERO", UberProAudio had a chance to chat with Kaoru and Die, the guitar players in the band, about the new album, their Dir En Grey guitar gear, and more! 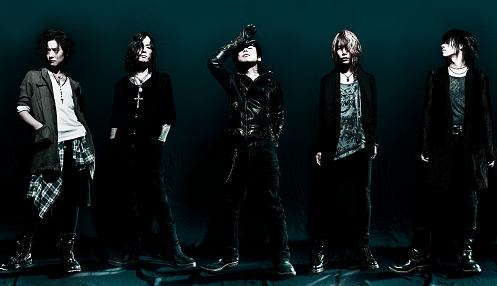 UberProAudio: Tell us about the new Dir En Grey album, “DUM SPIRO SPERO”. How would you compare this album to past records the band has recorded?

Kaoru: I mainly used a 7 string guitar, so it has an overall “low” feel and heavier than in the past. I would like to say emotionally it was the same as in the past, but as we were recording during the earthquake of March 11th [2011] it is difficult to say there was no difference after that.

Die: I feel that this is the heaviest sound in an album up to this point, and at the same time there is a very wide range of sound.

UberProAudio: What guitar gear will the band be using on the upcoming tour (guitars, amps, effects….)?

Kaoru: I have a new custom made 7 string model that I am using that along with my two previous 7 strings and 2~3 6 strings. I use Diezel for my amp and at this point I am using Bogner for the cabinet. Outside of Japan we typically have to rent so I will probably be using a Mesa Boogie, but I am considering using something new. For effectors I use AMT Electronics E-1, TC Electrionics 2290 for delay, as well as Crybaby Rack Wah, DigiTech Whammy Pedal, MXR Flanger, Electro Harmonix Deluxe Memory Man and Frequency Analyzer, Boss GE-10, and Line6 POD X3.

Die: For guitars I use all ESP and added my own custom model 7 string. I also have a custom model 6 string. For an amp I use MESA BOOGIE TRIAXIS, ROAD KING, effectors are SHARK, SMALL CLONE, EVENTIDE TIME FACTOR, POG2, BOSS GT-8.

UberProAudio: Did the band use any different guitar gear in the studio during the recording of the new album?

Die: Depending on the song I used a FENDER Stratocaster, GIBSON Les Paul, and Dragonfly longscale guitar.

UberProAudio: Any guitar gear that is on your wishlist?

Kaoru: I am looking for a cabinet with quick attack.

Die: A Fender Strat for recording

UberProAudio: How did the recent turmoil in your native Japan inspire the themes and attitude of the band and its music?

Kaoru: The problems and confusion are ongoing, but cannot be avoided. We have come to terms with the expectation that there will be lasting physical effects on us, and with this conviction we will put great care into what we do and express as we move forward.

Die: If we had been in the areas most directly affected at the time of the earthquake, DUM SPIRO SPERO may have never been created. I realized things that were taken for granted in daily life were actually things that are extremely important and we must be thankful for.

UberProAudio: You guys are doing a world tour starting in August. Any specific shows you are especially excited about?

Kaoru: We will be able to express the world of DUM SPIRO SPERO so we have everything to look forward to, but we will be playing old material as well so I look forward to that.

Die: We will be going to some countries for the first time this tour, so I am looking forward to that. Also for the upcoming Europe tour we will be putting in some songs in the set list that we have never played there before.

UberProAudio: A new album and world-tour – anything else Dir En Grey fans should be looking out for?

Kaoru: For us as a band we have a lot of ideas coming out and I think we will be able to continue to put out many things, we hope people continue to follow us with that expectation.

Checkout the Band Members Who Plays What Gear Pages for info and specs of their music equipment!

Checkout the awesome pictures of Dir En Grey music equipment below! Click any of the images to enlarge them in your browser.

Find out what Dir En Grey is up to at http://www.direngrey.co.jp/