Let's take a look at some of the gear and equipment that has been seen in Lzzy's guitar rig. 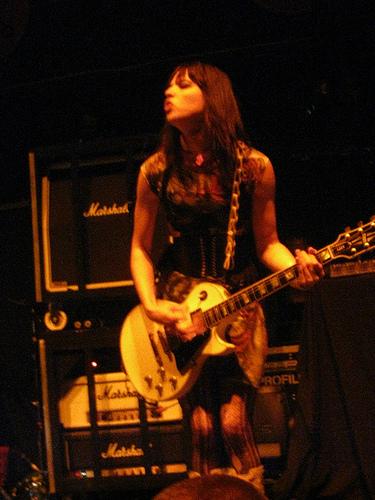 Go to the next page for picture(s) of Lzzy's guitar rig.


The following image is by Razvan.Orendovici. Creative Commons Attribution 2.0 Generic licensed. You can see Lzzy Hale's Randy Rhoads marshall amp, cabinets, and some of the other band members amps, including a JCM 800. The pic is from April 2009.