Nuno Bettencourt has been many people's favorite guitar player since the band Extreme was first big back in the 80's. His Washburn N4 guitar has always been an instrument shredders want to buy, and the relic version looks awesome to the eye. Nuno has played in other bands in addition to Extreme including Mourning Widows, Population 1, DramaGods, and more recently with The Satellite Party. Let's look at some of the gear and equipment that Nuno has been seen using in his guitar rig. 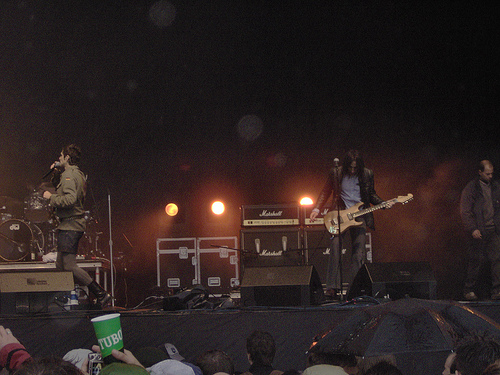 - Custom made Nuno Bettencourt Randall amps and cabinets (what he has been using as of 2008 along with Marshalls):

These strings are a pretty close match to the one's he made:

Go to the next page to see some awesome pictures of Nuno's rig!