Matt Thiessen is a co-founder, singer, guitarist (and more!) in the Christian rock band Relient K. 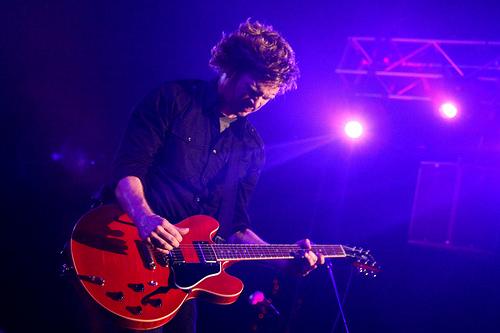 Big thanks to Matt Kennedy for research/pictures of Thiessen's rig.

- PRS Singlecut (anyone verifiy that is what the blue guitar is?)

Go to the next page for pictures of Matthew's guitar rig.

This first set is from December 2012 at a Relient K show in Canton, OH.

The following pictures were from 2011.