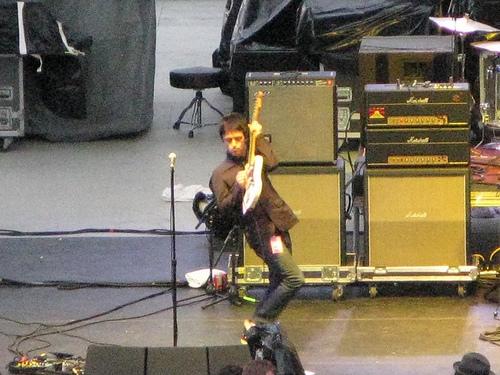 Here is a great picture of Johnny Marr's guitar pedals. Image by Mick .O.. Creative Commons licensed from flickr. Picture is from 2007.