Tomasz Wroblewski, stage name Orion, is a Polish heavy metal musician, current bassist of Behemoth and vocalist/guitarist of Vesania. He also contributed with the band Neolithic and performed with Machine Head.

Let's look at some of the gear and equipment that has been seen in Orion's Behemoth bass rig. 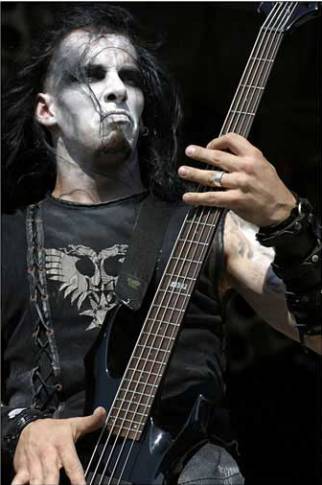 In August 2009, it was announced that Tomasz would be an endorsed player of Mark Bass amps

Go to the next page for pictures of Tomasz Wroblewski bass gear.

The picture of Tomasz Wroblewski bass gear was taken by flickr user mattack. The image is Creative Commons Attribution-Share Alike 2.0 Generic license. This rig pictures was taken at the 07 Ozzfest.

Click an image to enlarge it fullsize in a shadowbox.