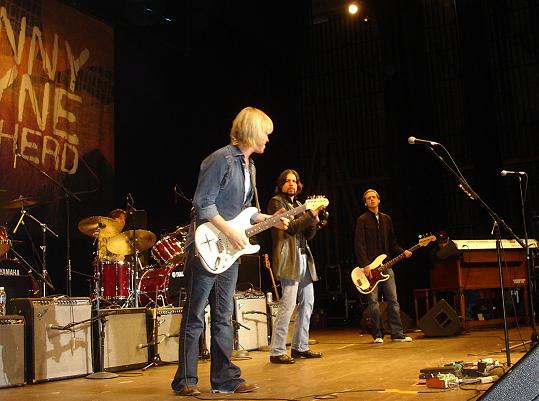 Thanks to the generosity of Robert Trudeau we have some awesome pictures from April 2008 of Kenny Wayne Shepherd's guitar rig. You'll see a good view of the pedals, guitars and amps that Kenny uses live.  Thanks again Mr Trudeau for sending us the great pictures!

Click on the images to enlarge them to fullsize in a shadowbox.