Vince Gill is an American neotraditional country singer-songwriter and multi-instrumentalist. He has achieved commercial success and fame both as frontman to the country rock band Pure Prairie League in the 1970s, and as a solo artist beginning in 1983, where his talents as a singer and musician have placed him in high demand as a guest vocalist, and a duet partner.

Let's look at some of the gear and equipment that has been seen in Vince Gill's guitar rig. 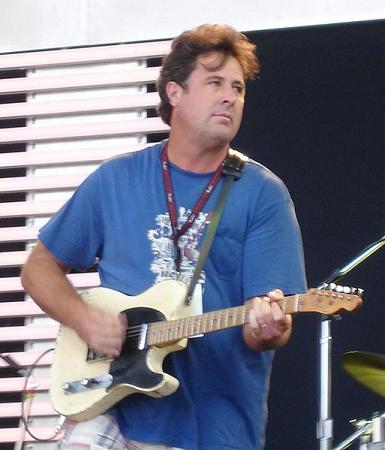 Guitars
- Fender '53 Telecaster and other teles

- Fender Stratocaster with EMG pickups (black) and other strats

- fat tortoise-shell pick for bluegrass, but usually a medium pick

Go to the next page for awesome pictures of Vince Gills guitar rig.