George Lynch is a Hard rock guitarist best known as a member of the band Dokken. Lynch has been an endorser of ESP guitars since 1986 but has a huge collection of guitars and gear.

We'll give you a good rundown of what he has in his rig. Also make sure to check out our interview we did with George Lynch, he was one of the first Uber Pro Audio interviews! Interview: George Lynch - Q&A Session with the Guitar Sensei

If you want more info on his gear (he gives full descriptions on everything) take a cruise over to the George Lynch site. Note his rig changes on every tour so this list may not be complete.

Let's look at some of the gear and equipment that has been seen in George Lynch's guitar rig. If you have a favorite piece of gear that you know George has used and isn't on the list yet, feel free to add a comment. 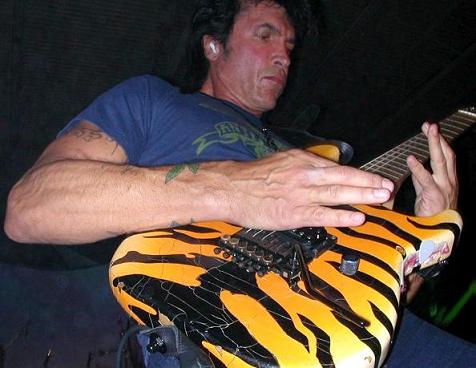 Guitars
George has so many guitars. Checkout his site for the full list. We'll list some of our favorites here:

- Soldano SLO-100 (6th one made. Snakeskin tolex). He also has mentioned a Soldano Decatone