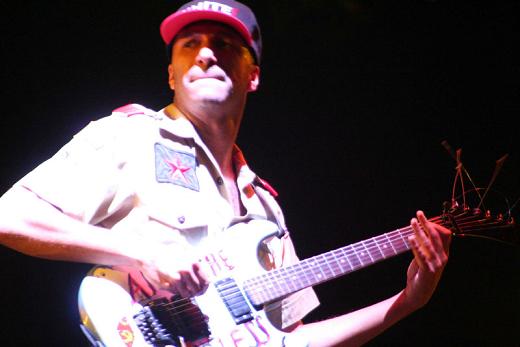 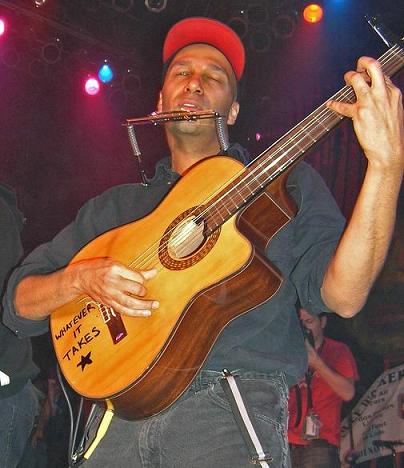 Amplifers and Cabinets
- 50-watt Marshall JCM 800 2205 from early 80's (He only uses the overdrive channel, and turns down the volume on his guitar to get cleaner sounds.)

- Ibanez DFL Flanger: (A rare digital flanger from the 80's, which has been replaced with an MXR Phase 90 since Audioslave.)

- DOD FX40b Equalizer: Set flat, only used as a boost for solos, such as in "Bulls on Parade."

- Boss DD-2 Digital Delay - A discontinued Digital Delay pedal that can still be found in the form of the DD-3. Used in Cochise to create the helicopter and siren effects.

- Boss TR-2 Tremolo: Used in Gasoline, and Like a Stone.

- Talkbox: Used in Wake Up and Guerrilla Radio.

- Ring Modulator: The duck-like noise heard in Sound of a Gun solo from "Revelations."

A very cool guy named Justin Erdman gave us permission to put up some excellent pictures of Tom Morello's gear. The pics are from 2005. Thanks Justin! 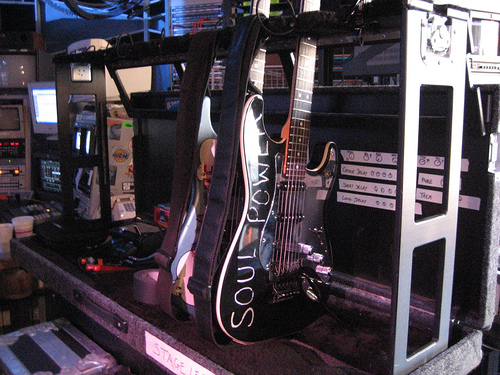 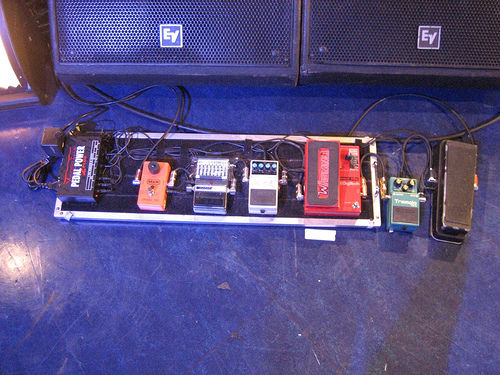