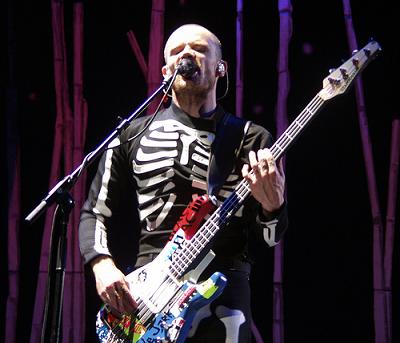 Alright guys. We are very lucky here.. Dave Rat, our favorite Red Hot Chili Peppers roady, graciously gave UberProAudio permission to display some photo's of the Red Hot Chili Pepper's gear. Check out the awesome pics of Flea's gear below (Dave provided the pic with the GK amps and the pedals). If you want some fine reading, please visit Dave's blog .