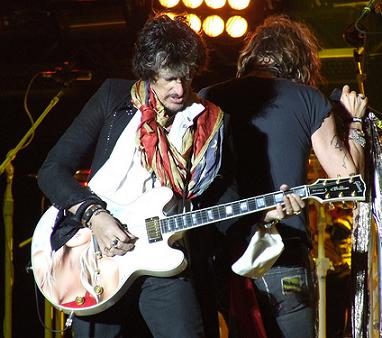 We are very excited - a very cool roadie who goes by guitartech on flickr, gave us permission to post some photo's of Aerosmith guitar equipment that he took. Check out guitartech's page . Click the pictures below to enlarge them fullsize in a shadow box.