How to buy Studio Monitors 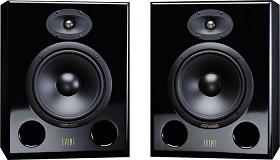 The first question we should answer is "Why do I need studio monitors? Can't I just use the speakers that came with my nice stereo system?"

Of course, you CAN use any pair of speakers to do your studio mixes. The problem is that most commerical speakers have a tailored frequency range that enhances audio to sound good. This means that the audio you hear from the commercial speakers (like the one's that came off your Sony stereo) may not be reproducing the sounds as true as they could...or in recording studio terms, with a "flat frequency response".

The reason I say you can mix or master with any set of speakers is because you could mix the next grammy award winning album on a $10 set of speakers. Wow...stop the presses, what!? It is all about how well you know the speakers you are mixing on and how your mix will translate from those speakers to other speakers in the world. If you have a set of speakers that do a funky thing with the bass, but you are well aware of this and you know exactly how to get the bass to sound on those speakers so it will sound good on any speaker, then you are all set. One of the most popular studio monitors of all time is the Yamaha NS10m monitor: 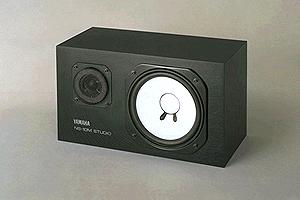 The NS10m monitor was so popular because if your mix sounded good on them you knew it would sound good anywhere. I remember hearing the NS10m for the first time - they didn't have great bass response and were not blow-you-away sound. However, so many studio people, mixing engineers, were used to mixing on them, they became very popular. A lot of time in studio pictures you'll see that people have a set of NS10m's AND a higher quality set of monitors. They check the mixes on both sets - a great idea. When you are mixing, you want to listen to your mix on a bunch of different speakers, ranging from cheap to high quality to see how your mix translates. One trick I use is to bring my mix into a big audio retailer on a CD. I then ask if I can demo out different systems - what better way to have free access to all sorts of speaker systems? 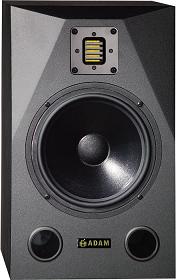 A powered monitor, also known as an Active Monitor, has a power amp and crossover built into it. This means you don't need a seperate power amp to drive your speakers. Hooking up a powered set of monitors is often as easy as just pluging them into your computer and you are ready to rock.  Some monitors may have what is called Bi-amplification. When a passive system's single amplifier must reproduce the whole audio spectrum, low frequencies rapidly "consume" the amp's headroom. As higher frequencies "ride along" on lower frequency waveforms, they can be chopped off or distorted even though the high frequencies themselves would not be clipping. Separating highs from lows via an active electronic crossover lets a bi-amped system use two different amplifiers. Each is free to drive just one transducer to its safe maximum limit without intermodulation distortion or other interaction between the two drivers.

The nice thing about buying a powered monitor is that the company who makes it does a lot of research as to what technical specs for the powering section will provide the best sound and features for you.Many of us don't want to know about ohms, watts, damping, overload protection, crossovers, etc... Buying a pair of powered monitors aleviates this pain. 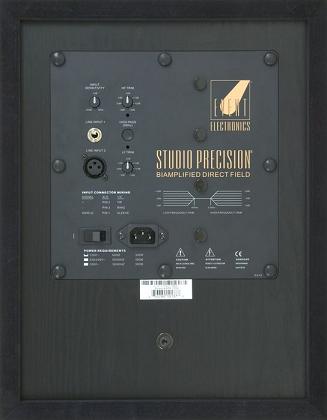 Passive / Unpowered monitors may be a decent choice for you if you already have a power amp. Generally unpowered monitors are quite a bit cheaper than their powered counterparts. If you want to buy unpowered monitors you have to worry about a few things though. First, you need to make sure your amp will work with the monitors, and ideally not blow them up. You also introduce more cabling into your recording studio when you need a seperate power amp. You need to make sure the power amp gets proper cooling and that you are using the correct cables to connect things up.

A general rule of thumb when searching for amplifiers to drive your passive / unpowered monitor is to purchase an amp that delivers twice (2 x) the wattage necessary for the monitor (this allowance is for headroom). So if you need 300 watts at 8 ohms, purchase an amp that is rated for 600 watts at 8 ohms. Again, this is just a rule of thumb and is not necessarily true in all cases.

Now that we know a thing or two about monitors, we need to research what is out there so we can make an informed decision on what to buy. The first thing I recommend you do is start looking around the internet for reviews. The reviews that will help you the most will be ones written by real studio people who actually test the monitors for mixing. Paying attention to the average Joe Schmo's review on a site like Guitar Center is also useful, but not the same as a good review from a proven engineer.

One thing you will want to think about is the size of your mixing room. If you are in a small room, you may be interested in getting a smaller monitor. For example, Mackie makes some really nice monitors. They make both a 6" driver version and a larger 8" driver monitor. The 6" monitor may be good for you if you are in smaller room. 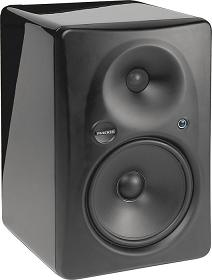 Click the image of the HR824 below for more info:

What you really want to do is to go to a music store where you can test drive a bunch of monitors. Bring a cd that has a couple tracks of your own and a couple professional really well mixed tracks. Try out the speakers and see what you think. Try them at low volumes and at very loud volumes. Make sure the monitor doesn't rattle or fall apart when it's playing loud. Observe the sonic charachteristics of the monitor and pick one you really like.

Price is going to come into the equation for most of us. Generally, more expensive speakers cost more because the companies that built them have put more research into the design of the monitor, and possible better components. There are some great value speakers out there, but the general rule of thumb is to buy the most expensive speaker that you can reasonably fit into your budget. The studio monitor is kind of like the tires on a car -without them you are screwed - but they certainly aren't the "coolest" thing you have in your studio.

Here's where we give you some recommendations based on our experience and research. Do what you will with the info. All of these monitors are great and you most likely will not be dissapointed if you go with any of them.

The Mackie HR824mk2 monitor is a newer version of the HR824 which was an Awesome monitor. This is a great choice an falls into the middle of the road pricerange.

Click the image below for more info on the HR824mk2:

For those of you with a smaller room, you can also checkout the Mackie HR624mk2 monitor.

Click the image below for more info on the HR624mk2:

We also interviewed one of the people who developed the Mackie HR824 monitor. Check out that interview here.

I've been a big fan of the Event brand. The Event Studio Precision 8 Powered Monitor is supposed to be really hot.

There's many pro's I know that use the Adam brand monitors. The ADAM Audio P22A powered monitor looks like a great choice, especially with it's Accelerated Ribbon Technology.

Again, any of the above monitors should make you quite happy and any of your recording studio buddies quite jealous :) Let us know what you end up with and how you like them. Until next time! :)