Ben Bruce is the lead guitarist in the chart-topping metalcore band Asking Alexandria. He has played on Jimmy Kimmel Live and co-writes all of Asking Alexandria's songs. Ben likes to keep the gear he uses simple, by plugging straight into his amp most of the time.

Here's some of the gear and equipment that Ben has been seen using in his guitar rig. 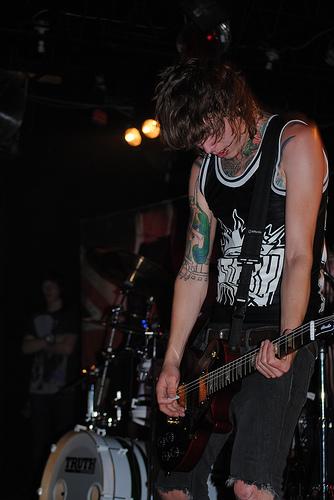 Effects
Note: In Sept 2011 interview, Ben said he often plugs straight into his amplifier, but he has been experimenting with some Line 6 pedals lately.
It also appears he has used some Boss pedals and some other pedals in his rig (checkout this pic):
- Boss NS-2