Pepper Keenan is the vocalist and rhythm guitarist for the Heavy metal band Corrosion of Conformity. He also plays guitar for the band Down, alongside Crowbar vocalist/guitarist Kirk Windstein and former Pantera vocalist Phil Anselmo and bassist Rex Brown, repectively.

Let's look at some of the gear and equipment that has been seen in Pepper's guitar rig. 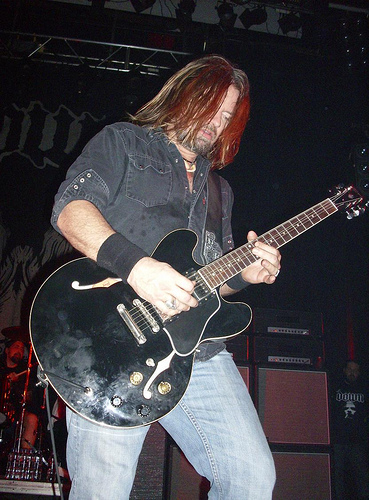 - Marshall JCM800 (according to one of your comments)

- Korg Tuner pedal (he has one similar to the pitchblack below)