Matt Heafy is the lead vocalist and guitarist for the band Trivium. He is the main songwriter in the band, and is also responsible for composing a lot of the music.

Matt Heafy and Trivium rock. Check them out if you enjoy good heavy music. Without further adieu, let's look at some of the gear and equipment that has been seen in Trivium's Matt Heafy's Guitar Rig. 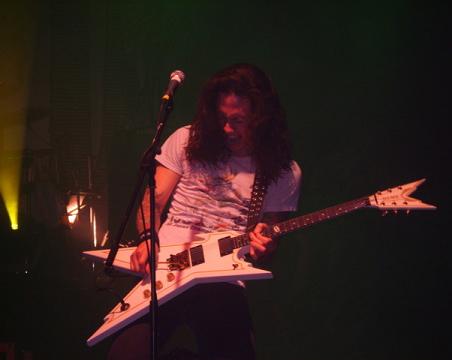 - Gibson Les Paul Supreme (Alpine White-Was sold on Ebay, for a charity, in January of 2006)

- Dean Hardtail (Used on recording of The Crusade only)

Matt has been seen using a variety of noise gates over the years. The following are one's he has been known to use:

Note: Matt has said he wasn't using any effects on the 2009 Methods of Mayhem tour