Stephen Carpenter is the lead guitarist and occasional multi-instrumentalist in Deftones.

Let's look at what gear and equipment has been seen in Stephen Carpenter's Guitar Rig. 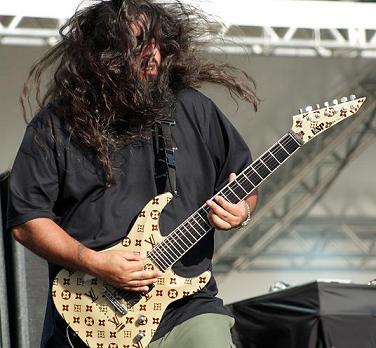 Note: Carpenter brings tons of guitars on tour with him

Notes: He's been playing Marshalls since he began playing guitar

Quote: "I like my action set a bit high" - Stephen Carpenter