Jack White is a musician, guitarist, singer, songwriter and music producer. White is best known as the guitarist and lead vocalist of the rock duo The White Stripes. If you like Jack White and the White Strips and want to know what Jack White's Guitar Gear rig and Equipment look like, then this is the article for you. Let's look at what gear and equipment has been seen in Jack's guitar rig. 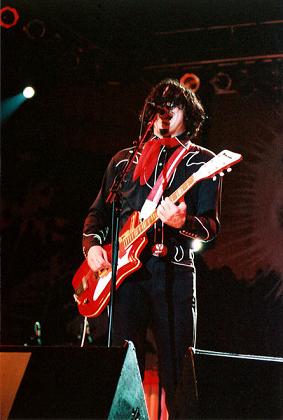 - Gretsch Triple Jet guitar (below is a double jet):

- Z.Vex Woolly Mammoth pedal (used one for the quantum of solace theme song, and also live)

- Either an Electro-Harmonix Holy Grail Nano or a Bassballs pedal (both look the same painted...)