Geddy Lee from the band Rush, is arguably one of the best known progressive rock gods.  ÜberProAudio knows that you have been asking yourself all this time "What does Geddy Lee's music equipment look like" - and if you haven't been asking that, you're going to find out anyway. Read below to find out what gear and equipment has been seen in Geddy Lee's bass rig over the yeas. 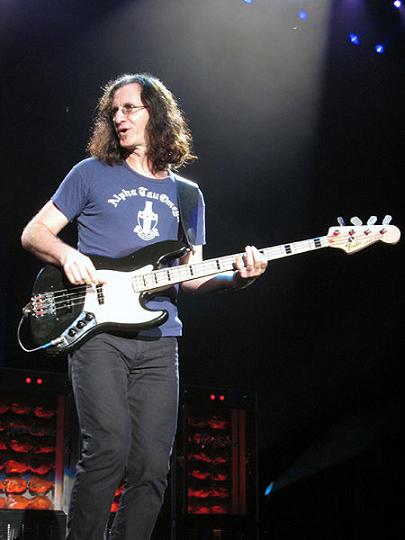 - In the early 1970's Geddy used a Fender Precision Bass

- 1969 Fender Precision bass (traded the Hagstrom for it)

Beginning in 2002, Lee dispensed with traditional bass amplifiers in favor of DI units (also known as direct boxes), which allow the bass guitar to be connected directly to the audio engineer's main mixer. At the same time, Lee began using in-ear monitors.