Let's take a look at some of the gear and equipment that has been seen in Paul's guitar rig. If you have any news to add, please post a comment! 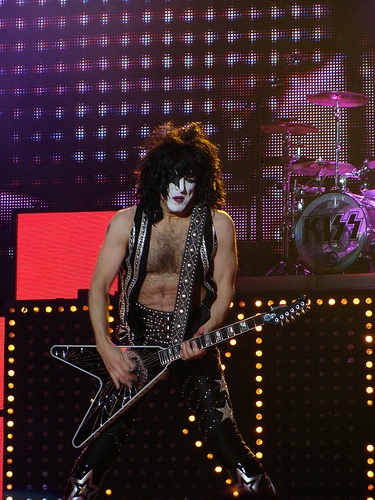 Notes: Paul has a large variety of guitars he's used over his career

An article on the Paul Stanley website stated he's had:
classic Gibson guitars:

Check out this String theory video that Ernie Ball did with Paul Stanley. Paul is flanked by Gibson Les Pauls and a red Gibson SG.

Here's a great guitar rig tour that PG did of all the Kiss guy's gear that they used in tour in 2014: