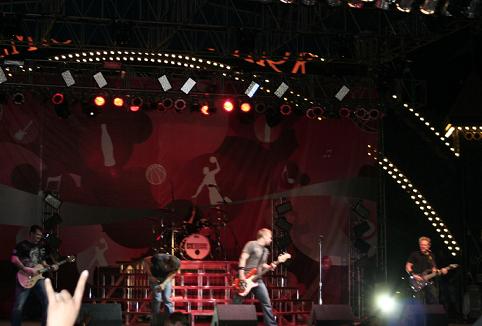 Note: Matt stated in a 2011 Gibson interview, he has 8 Les Pauls

- listed on tonePros site as a user of their parts

- Guild acoustic guitar (seen on the Walmart soundcheck show. Looks like the D-55 in Natural finish)


Strings
- D'Addario strings. The D'Addario site lists that the band uses EXL110 and EXL115 strings for electric and EXP16 for acoustics