Martin Johnson is the lead singer, rythym guitar player, and the primary songwriter for the pop/punk band Boys Like Girls.

Let's check some of the guitar gear he's been seen using in his rig! 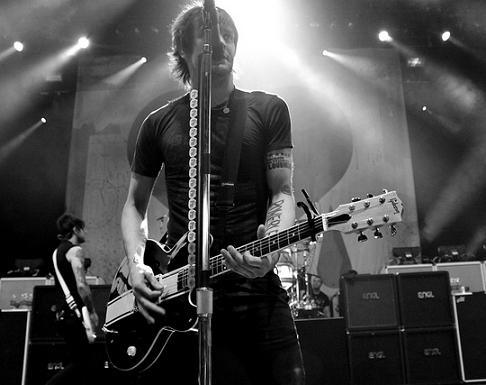 Information from Phone Interview by Matt Kennedy with Adam Gable, Boys Like Girls guitar tech, on 6/03/2011

- Gibson SJ-200 Standard Acoustic-Electric (he has one in natural, and one in red)

Note:According to Adam, the guy's guitar tech, BLG likes a quiet stage, so they go direct out from their Engl Preamps

- DiMarzio ClipLock Strap (he has them in white and black)