Cameron Liddell plays rhythm guitar for the modern metalcore band Asking Alexandria. Being from Britain, Liddell is inspired by bands such as The Beatles, Led Zeppelin, but especially 80's Hair Metal Bands. Asking Alexandria's sound can be credited much to his tight Rhythm Guitar playing.

Let's check some of the gear that Cameron has been seen using, both on tour and in the Studio. 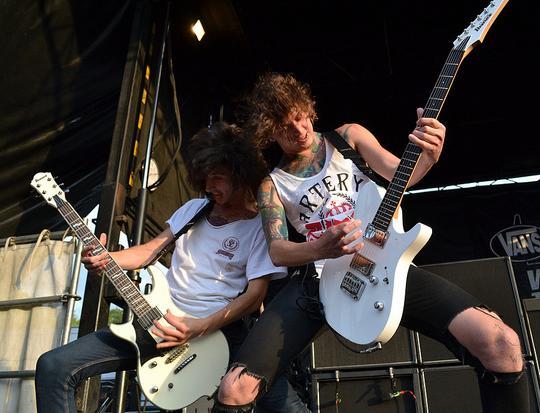 Guitars
Note:Most of the guitars that Cameron uses are not sold in Left-Handed models. He has the various companies make custom left-handed versions for him.

- ESP LTD Deluxe EC-1000 (Vintage Black. This is his main Guitar, and He has a custom rose inlay on his.)

- Ibanez DN500 (One of his other main guitars. He has them in white and black)