Paul DiGiovanni is the lead guitar player for the pop-punk band Boys Like Girls. He also helps write most of the band's songs.

Let's take a look and see what kind of guitar gear has been seen in his guitar rig. 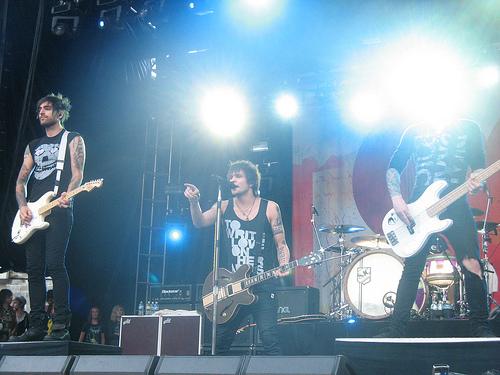 - Fender 72 Deluxe Telecaster (customized with a single EMG 81 active pickup in the bridge and a tune-o-matic
bridge. He has 2 that are black with a black pickguard, and 1 that is white with a pearloid pickguard)

Note:There is another Boss DD-20 and another Mark Tremonti Wah at the guitar tech station, so he can hit them for Paul if he can't get to his pedalboard in time.

- DiMarzio ClipLock Strap (white and a black one)