Pat Smear is a guitarist who has played in many great bands, perhaps best known as a guitar player in the Foo Fighters. Pat also played guitar with Nirvana and The Germs.

Let's take a look at some of the gear and equipment that has been seen in Pat's guitar rig. 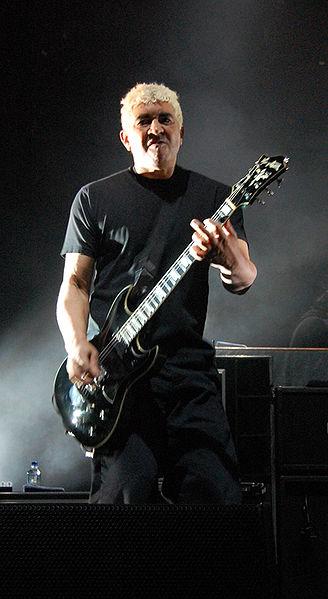 - double neck guitar/bass, appears to be Fender ("I Should Have Known" video Live on Letterman)