Kurt Cobain - Nivrana's frontman and guitar player went down in history as an alternative rock god. Based on our research and eyewitness reports, let's take a look at Cobain's guitar gear he used live. 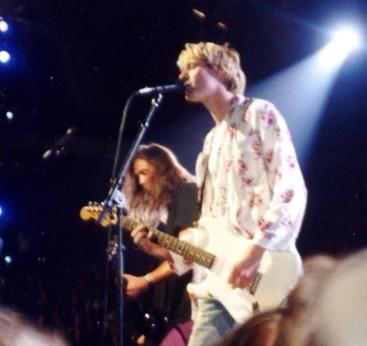 Two to eight Marshall cabs were used depending on the size of the live venue. The cabinets were loaded with either Celestion 12" G12M Greenback Speakers