Michael Anthony needs no intro. He is perhaps best known as the original bass player in Van Halen. His most recent band Chickenfoot, is extremely rockin. Anthony's 2009 Chickenfoot rig was pretty paired down, but he was using some additional bass gear in the years following. Let's check it out.

Let's take a look at some of the bass guitar gear and equipment that has been seen in Anthony's bass rig. 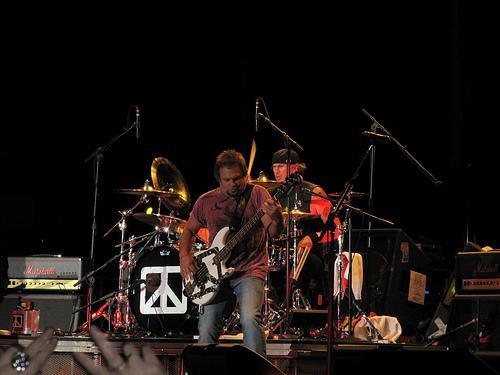 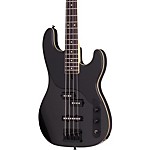 Here's a fun video that Schecter did, with Michael Anthony walking around the Schecter checking out his custom shop bass guitar.

Michael did a cool video where he talked about his signature Peavey VB-MA Bass Amp and MA-810 Cabinet. Anthony talks about the tone he got from the VB-3 bass amp and how he was impressed with it, used it on tour, which led to the making of his signature bass amp. Michael gives a sweet little demo of the amp, where he's playing a Schecter bass guitar through the amp.

Michael was using the following effects on 2012 tour:

Michael has said he wasn't using effects on the 2009 Chickenfoot tour, but did have the following in use: