Brian Molko is a songwriter, lead vocalist and guitarist of the band Placebo. Molko has also performed on many collaborations.

Let's take a look at some of the gear and equipment that Moko has been seen using over his career in his guitar rig. 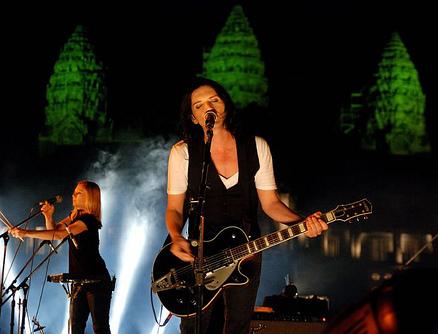 - Fender Jaguar guitars (he has multiple jags, all named by him)

- Steinberg headless guitar (hss configuration) for performing the cover of 'Wouldn't it be good'.