Zach Blair is the guitarist for Chicago-based hardcore punk band Rise Against. Blair was also a member of hardcore punk group Only Crime, in addition to Hagfish, and The Loved Ones. An interesting fact is that Zach played as Flattus Maximus in the band Gwar for a period of time.

Let's look at some of the gear and equipment that has been seen in Zach's Rise Against guitar rig. 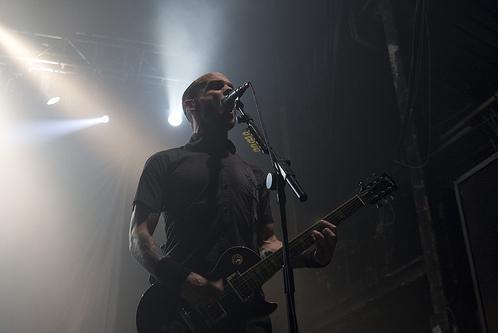 - MXR Phase 90 pedal (in an Ultimate Guitar interview, he said he used one that Eddie Van Halen used to use)