Nils Lofgren is an American rock music singer, songwriter, and multi-instrumentalist. Nils has performed as a solo artist, and is also a long-time member of Bruce Springsteen's E Street Band in addtion to being former member of Neil Young's Crazy Horse band.

Let's look at some of the gear and equipment that has been seen in Nils guitar rig. 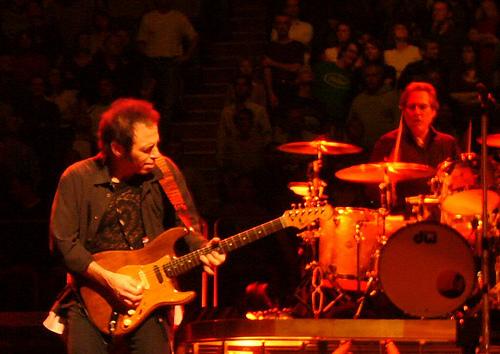 Guitars
- Fender Stratocasters (including 2 1961 strats that he uses often)

- Fender Jazzmasters (including a '56)

Strings and Picks
- D’Addario 13–56 gauge (on the jazzmasters)