Joey Santiago is a Filipino-American guitarist and composer who is best known as the lead guitarist for the American alternative rock band Pixies. Santiago has also produced musical scores for film and television documentaries, and he formed The Martinis with his wife, Linda Mallari.

Let's look at some of the gear and equipment that has been seen in Joey Santiago's guitar rig. 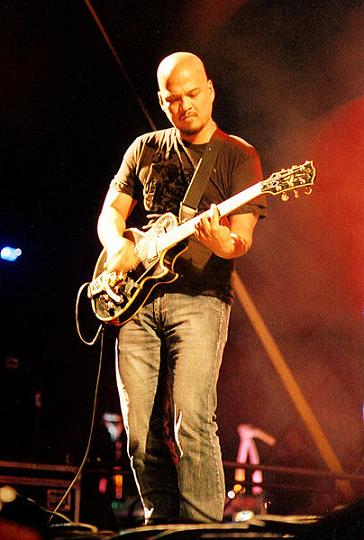 - Peavey Bandit (in the older days)