Phil Collen is the lead guitarist for English rock band Def Leppard. Phil has also worked on other projects as a producer or musician, including his own band Man-Raze.

Let's look at some of the gear and equipment that has been seen in Phil Collen's guitar rig, with more focus on the more recent gear. 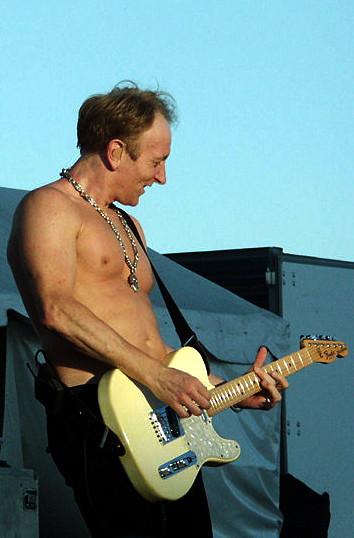 - Jackson Phil Collins Artist Signature Series PC-1 (based on the Dinky but with more exotic woods, etc.. His main one he calls "soul-ah". He has a variety)

Also has used these guitars:

- tons of other Jackson guitars- Charvel

- Acoustic that seems to have a Fender Strat neck on it

- uses titanium blocks on some of his guitars

- Guitar Rig 4 software - Phil said in 2011 interview that all the latest Def Leppard stuff is this!!!