Jeff Beck is an english rock guitar player. He was one of the famous guitarists in the band the Yarbirds. Jeff Beck doesn't have a huge guitar rig, but is well known for amazing guitar sounds.

Let's look at some of the gear and equipment that has been seen in Jeff Beck's guitar rig. 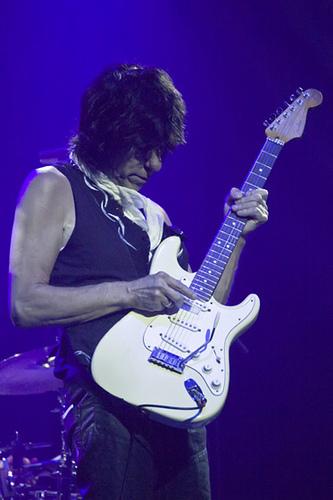 - Gibson Jeff Beck 1954 Les Paul Oxblood (only a small amount made, based on Jeff's 'oxblood' les paul). Jeff's original 'oxblood' Gibson was a 54 Goldtop that he had repainted in a brown and had the P90 pickups swapped for fullz size humbuckers

- Colorsound Overdrive pedal (in the 70's)