Jeremy DePoyster is a guitar player in the american metalcore band The Devil Wears Prada, from Dayton Ohio.

Let's take a look at some of the gear and equipment that Jeremy has been seen using in his The Devil Wears Prada guitar rig. 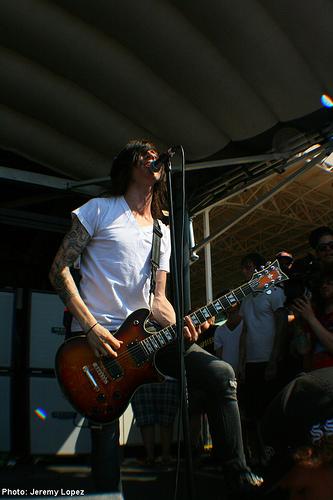 Note: Checkout our 2011 interview with Jeremy where he tells which gear was in his live rig for summer 2011.

ALL with Seymour Duncan JB pickups in bridge.

- EMG pickups - In 2010 Jeremy answered a question on formspring.me, stating he uses EMG 81/85 in all his guitars now. Also listed on EMG site.