Let's look at some of the gear and equipment that has been seen in Warren Haynes'  guitar rig.

Note: Warren's rig varies depending on which band he is playing with, but the following makes up much of the various gear he owns that is available to him for his guitar rig. 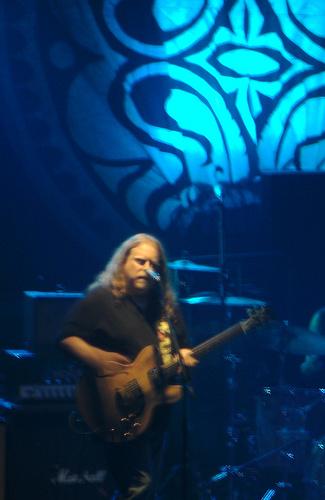 - Also has some Fenders, Epiphones, but mostly Gibson guitars

Fun Fact: There is a Soldano amp mod called the "Warren Haynes mod"

- Diaz Tremodillo or Tone Ranger (eye witness report not sure which)

- Variac power soak on his amps at about 115 volts

- Gibson Star Picks (no longer made the way he likes them)