Chris Henderson is the guitarist from the alternative rock band 3 Doors Down. Chris has a relatively simple but great sounding rig. The main pieces of his guitar setup are his amps and super nice guitars - he doesn't really use effects or pedals. Also of interest, Chris has his own recording studio with tons of gear in it. We wont even get into all of that good stuff here!

Let's look at some of the gear and equipment that has been seen in Chris Henderson's 3 Doors Down guitar rig. 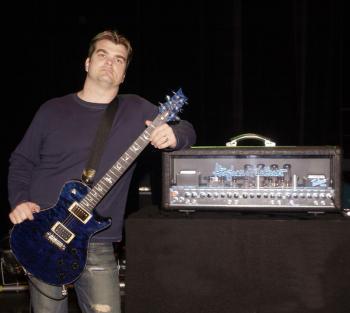 Note: Chris says that he doesn't use any effects live or in the studio

Mics
In the studio Chris mikes his amps with:
- Sennheiser md421