Keith Nelson is the lead guitarist for the Hard rock band Buckcherry. He was one of the founding members of the band, along with singer Josh Todd.

Let's look at some of the gear and equipment that has been seen in Keith's guitar rig.

It is important to note that Keith has a huge collection of gear, especially vintage stuff...so if you find a source that can add info to this listing, please leave a comment. keith has said "I pretty much have every vintage Marshall, every vintage Vox you’ll need" (premierguitar) and he has an armload of vintage guitars. 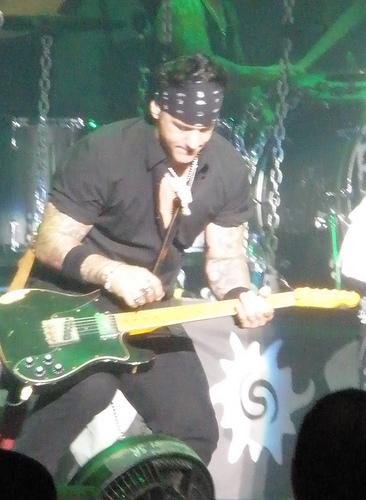 Note: The Mar 2008 Vintage Guitar Magazine has an article on Keith's guitars and amps. If anyone has this magazine, fill us in!!!

Effects and More
Note: Keith has many of his pedals Keeley modded