Laura Jane Grace (formerly known as Tom Gabel) is a singer and guitar player in the band Against Me! He favors Rickenbacker guitars and a variety of amps. Not too many pedals though!

Let's see what type of gear and equipment Laura has had in his Against Me Guitar Rig. 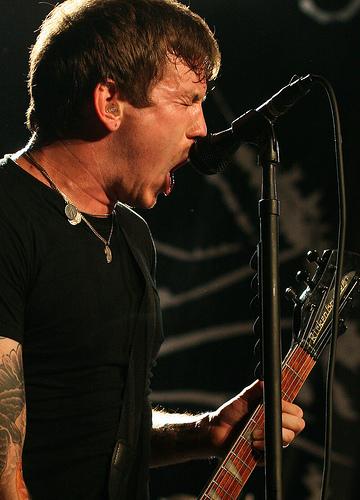 Amps and Cabinets
Note: Laura has used a fair amount of different amp combinations on tour.

(see pedal on right in pic below. Believed to be an older Tech 21 XXL pedal