Josh Farro is the guitar player and backup vocalist for the punk band Paramore. Josh is one of the founding members of Paramore.

Let's look at some of the gear and equipment that has been seen in Josh's Paramore guitar rig. 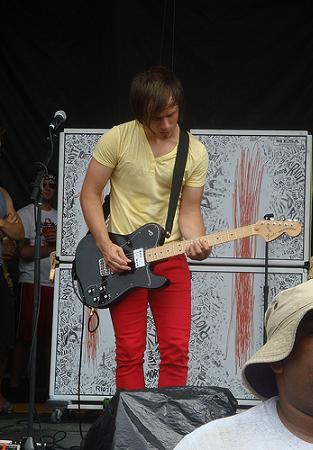 - Fender Custon Tele Deluxe (gold sparkle finish, F-hole - his version is custom made for him around 2009)

- Keeley Katana pedal (used on "Turn it Off")

- EHX pedal (appears to be a Neo Clone)