Matt Pike is an American rock musician best known as the guitarist of the influential doom metal band Sleep and frontman of High on Fire. While largely unknown in the mainstream rock press, he is viewed by some in the underground metal scene as a cult hero.

Let's look at some of the gear and equipment that has been seen in Matt Pike's High On Fire guitar rig. 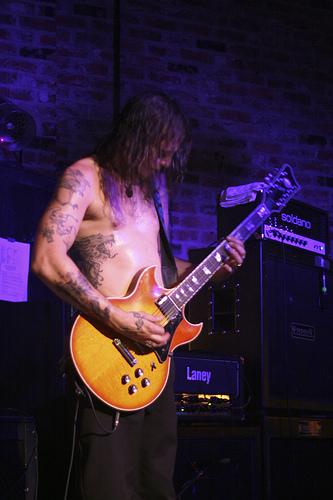 - Takamine 12-string acoustic-electric (not sure model)

- custom McNaught (only used in the studio)

- MXR phaser (not sure model)

- DR strings (listed in Guitar World mag as a user)