Henry Garza is the bluesy tex-mex start playing guitar slinger in the band Los Lonely Boys. He like a pretty simple setup as you'll see, but what else does a man need to get good tone... :) ?

Let's look at some of the gear and equipment that has been seen in the Los Lonely Boy guitar player Henry Garza's guitar rig. 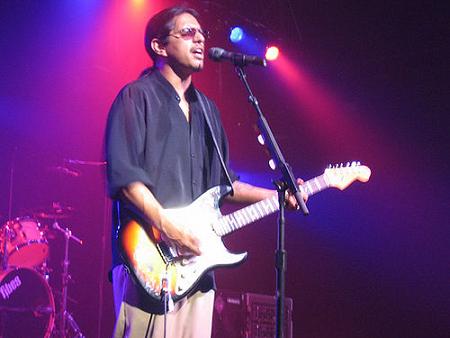 Guitars
- custom Strats which his guitar tech, Ish Flores, puts together for him. They take Mexican Strats and retrofit them with nice parts.

- Fender Texas Special pickups and '62 reissue necks are used for the custom strats.

Note: All his cables are made with Belden wire and Switchcraft plugs