Quinn Allman is the guitar player for the band The Used. Quinn enjoys a relatively basic guitar setup and that is the way he likes it.

Let's look at some of the gear and equipment that has been seen in Quinn Allman's guitar rig over the years. Hope you enjoy it! 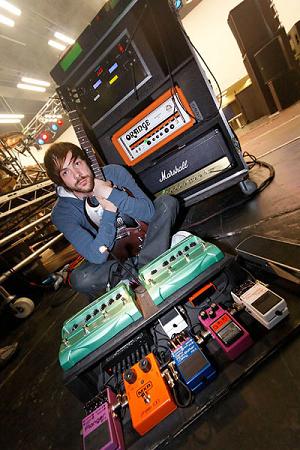 - Gibson SG faded (with Alnico 5 pick-up in the bridge)

Note: He mainly only is playing Orange live now

- Mesa Dual Rectifier (used in the past)

- Bad Cat Amps/Pedals? (According to the Bad Cat site at least...)

- MXR Bass D.I. (according to the dunlop site)