Alexander Turner is an English musician and member of Sheffield band, Arctic Monkeys. He is the band's lead vocalist and plays lead guitar for the band, as well as being the songwriter.

Let's look at some of the gear and equipment that has been seen in Alex Turner's guitar rig. 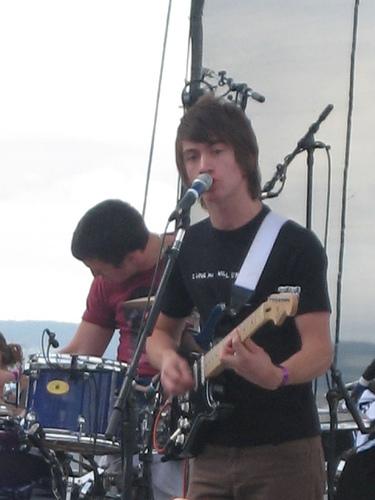 -  black Fender Bronco with a black pickguard and rosewood fretboard

Amps and Cabinets
-  Orange AD30T amplifiers (used in the past)