Dave Kushner is a rock guitarist who has played in Wasted Youth, Infectious Grooves, Electric Love Hogs, Cyco Miko, Zilch and Loaded. Kushner's latest and perhaps most popular gig is playing guitar in Velvet Revolver alongside other guitar legends such as Slash.

Let's look at some of the gear and equipment that has been seen in Velvet Revolver guitar player Dave Kushner's guitar rig. 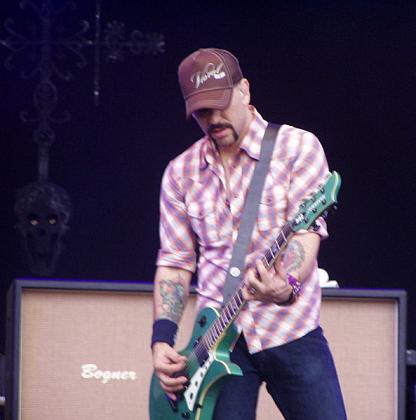