Tony Rombola has been the lead guitarist for the Boston-based hard rock band Godsmack since the mid-1990s. Tony Rombola has been cited as 'an extraodinaire' in the guitar world, by Guitar World magazine and is cited to be the only guitarist to keep an 'original soloing style' during the nu-metal period, earning him the respect of the guitar industry. Rombola is also a guitarist for the band Another Animal, formed at the beginning of 2007 and just released their self-titled debut album in October.

Let's look at some of the gear and equipment that has been seen in Godsmack guitar player Tony Rombola's guitar rig over the years. If you have any gear updates, post a comment. 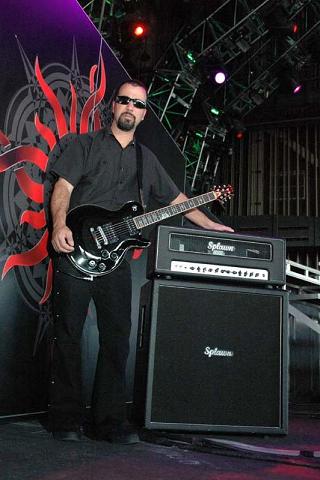 - Diamond Spitfire II (as is Sully) and the Hammersmith amp