Ryan Phillips is the lead guitar player for the band The Story of the Year. He also plays in Greek Fire. The popular punk-metal-rock hybrid band Story Of The Year's guitarist's equipment is good. Simple but effective.

Let's look at some of the gear and equipment that has been seen in Story of the Year guitar player Ryan Phillips' guitar rig. 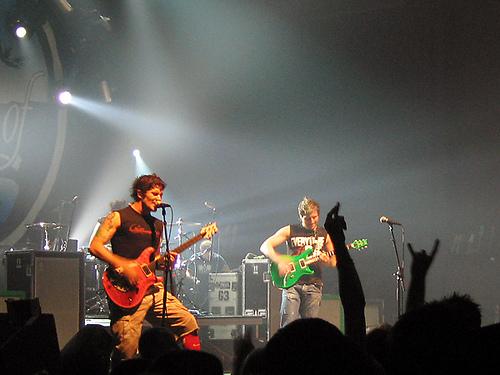 - Pickups: HFS in bridge and neck of Buzz McBeer, EMG 81 for bridge and EMG 85 for neck in other guitars.Also on EMG site, shows he uses 81X and 85X